Samsung is the first company  to build 10-nanometer chips, while other company still working on chips. “This collaboration is an important milestone for our foundry business,” said Jong Shik Yoon VP of Samsung. By the first half of 2017, first device running Snapdragon 835 is expected. Samsung Galaxy S8 could be among device running Snapdragon 835 as the device is expected to be launched soon. There were rumors Qualcomm is working on Snapdragon 830, but there weren’t any announcement during the event. 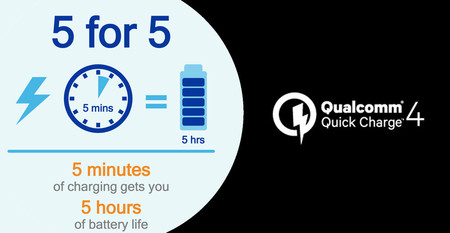 The company has said, it has used “INOV” (Intelligent Negotiation for Optimum Voltage) technology which is compatible with Google’s guideline for USB Type-C charging. Qualcomm says its system has “advanced safety features for both the adapter and mobile device.” It can gauge current, voltage and temperature to safeguard the battery, cables, and connectors. “An additional layer of protection is also being added to prevent battery overcharging and regulate current throughout every charge cycle,”.

The addition of “compatibility with USB Power Delivery” means that it should meet Google’s compatibility specification. That’s a good thing, as Google said it may take a harder line on future releases. “While this is called out as ‘STRONGLY RECOMMENDED.’ in future Android versions we might REQUIRE all type-C devices to support full interoperability with standard type-C chargers,”

If you have any queries and confusion you can ask here.

Wi-Fi is more important than Sex, Chocolate and Alcohol- Survey

Wi-Fi is more important than Sex, Chocolate and Alcohol- Survey